The player may deem his ball unplayable at any place on the course, except when the ball is in a water hazard. The player is the sole judge as to whether his ball is unplayable.

If the player deems his ball to be unplayable, he must, under penalty of one stroke:

a. Proceed under the stroke and distance provision of Rule 27-1 by playing a ball as nearly as possible at the spot from which the original ball was last played (see Rule 20-5); or

b. Drop a ball behind the point where the ball lay, keeping that point directly between the hole and the spot on which the ball is dropped, with no limit to how far behind that point the ball may be dropped; or

c. Drop a ball within two club-lengths of the spot where the ball lay, but not nearer the hole.

When proceeding under this Rule, the player may lift and clean his ball orsubstitute a ball. 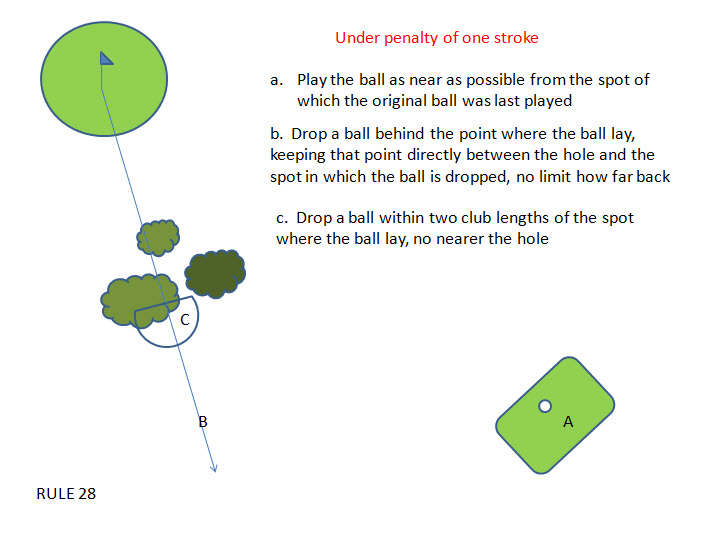